Being as obsessed with horses as we are, we have developed some pretty strong opinions as to what works and what does not. Everybody wants to breed beautiful, athletic, trainable babies, but it's not as easy as it seems. Time provides a perspective that sheds new light on old truisms. We have all bred to stallions because of their breathtaking movement, their competition record or the success of their offspring.

The number one thing we seek to produce is a trainable, tractable temperament -- in other words, disposition. We also believe a majority of the genetic influence comes from the dam and so we are exacting in our selection of broodmares as we feel they contribute heavily to a foal's temperament. We set them up for success from the beginning by rewarding their curiosity and establishing a proper human/horse relationship from day one. We feel ever so strongly that a sport horse can go farther in almost any discipline with a decent amount of talent and an extraordinary amount of trainability than with extraordinary talent but a difficult temperament. Of course, no one wants to produce an average horse and the commercial market demands looks and movement (often over temperament). Some horses exhibit such extravagant movement that buyers sometimes seem unable to stop themselves from buying a horse they will never be able to ride and/or train just because it looks fantastic. Our goal became to breed horses with the movement that would allow them to compete against the best, but with temperaments that give them the foundation to not just learn -- but learn faster. 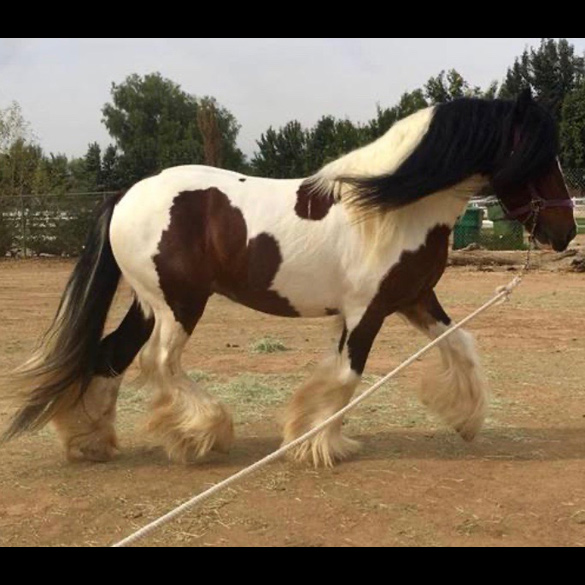